You are here: Home / Kindle Unlimited eBooks / After Black by Lynne Fisher 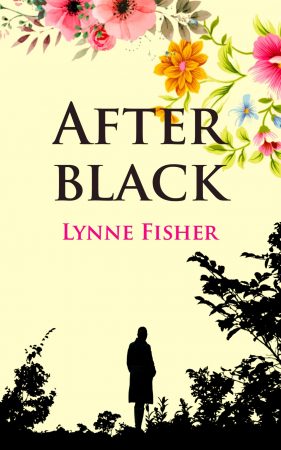 Recently widowed Janet is a dark and embittered woman with a troubled past. Determined to throw off memories of her life with deceased husband, Frank, in the new year of 1990, she returns to her beloved job within the soft furnishing department of Masons retail store, to forge a new life for herself safe behind the mask of customer service.

But Janet’s newfound happiness is soon threatened by a feisty young co-worker in the form of Marian whom she loathes. Sparks fly between the two women and they are forced to go head to head for a management position to gain the upper hand. When a triumphant Janet wins, their tempestuous relationship intensifies, which ultimately forces Janet to confront her own past and the death of her husband. She soon needs to recruit family and friends to help resolve a painful decision she made in her youth which shadowed the whole of her married life, as well as keep herself out of prison!

As she fears losing control, her antagonistic relationship with Marian escalates and proves to be more challenging than Janet could ever imagine. Will Janet be able to face her own demons? And what will her future hold?

A quote from the book:

”Janet visualised hurling Marian Johnson, shrunken to the size of a doll, right through that hole in the wall, coming to rest at the bottom of an abyss with a thud and a whimper, never to be seen again.”

‘‘A profound exploration of how the political becomes personal for women, After Black is an incisive and nuanced portrait of one woman’s experience with abuse, oppression, and, ultimately, transformation.’’

What Inspired You to Write Your Book?
The plot of After Black developed from my first having conceived of a hard and embittered middle-aged female character, named Janet, who is itching to get back to work after her husband dies. I used my own experiences of working in an elitist department store in the 90s to make this the environment which Janet adores and in which she is most comfortable wearing black.

The plot developed through imagining what life experiences, events, and secrets may have made Janet so ‘hard’, so ‘black’, and I also loved the idea of her ‘comfort’ being threatened by a feisty young co-worker who she hates and to explore what may transpire between them. What came to the fore in the writing are the deep hurts in Janet’s past which have shaped her in the present. I wanted to drag those shadows into the light and allow Janet to grow as a person – to find her true self again and to make amends. So the theme become very much about midlife transformation, and a quote of Carl Jung’s was perfect to adapt for the subtitle for the novel – turning the shadow into light.

How Did You Come up With Your Characters?
The central character of Janet was conceived on a writing course, and was written up as the beginning of a novel on the course, so I had a strong starting point when I wrote the novel 'for real'. I wanted to see how it felt to write Janet as quite a mean women who adores working in a consumer setting (drawing upon my own experiences working in soft furnishing in a department store) where she can hide behind a kind of superficial mask in her role in customer service. She then begins to learn and grow as she battles to come to terms with past experiences which have toughened her up and made her a hard woman. During her encounters with her antagonist, Marian, she begins to change for the better, as people can when they work with the 'demons' in their past.

Other characters came in as I needed them, to help or hinder Janet on her personal journey. Many of the store characters were derived from the types of people I met in this retail environment, but were obviously exaggerated for comic effect. Characters from the fifties somehow filtered through into the plot by my remembering and drawing upon my own former relatives and their lifestyles. I ended up, through necessity with a wide range of characters which I had to keep careful track of. It was a challenge, but highly rewarding in the end!

Book Sample
Two excerpts, one form the first chapter, the other from later in the story:

Her husband of 34 years lay before her – as motionless as she. Not only not moving, but now he didn’t seem to be breathing either.
‘Frank?’
No response.
‘Frank!’
Still no response. Just that glare in his eyes that would later turn into a dull glaze.
And finally, she came to her senses and dashed for the phone.

It was when she was trying to be fine that she found herself gathering all the pearls of wisdom she remembered people saying at some point or other in response to adversities. She strung them together into a sermonic necklace of solace and
protection to wear right next to her skin like a rosary: life’s a bitch and then you die, no use asking why, life is tough, just one dammed thing after another, the truth will out, you reap what you sow, what goes around comes around, God helps those who help themselves…and so on…

Links to Purchase eBooks
Link To Buy After Black On Amazon

Author Bio:
Lynne was born in Durham City in 1962. After moving to the Scottish Borders in 1998 she rekindled her love of art, becoming an artist, tutor and illustrator, before going on to study with the Open University as a mature student. Here, she gained a first class honours degree in the Humanities, with Literature and Art History, before going on to do a diploma in creative writing.

On Turtle Beach is her debut novel, inspired by a fascination with the nature of sibling bonds and the exotic setting of Dalyan in Turkey. This was followed by After Black. Set in Cheltenham in the new year of 1990, it draws upon the retail world of the eighties, life inside a department store, and it travels back to life in the fifties for women, all explored through the central character of Janet, who needs to come to terms with a difficult past of shadows to move into the light of personal growth.

Lynne is currently working on another novel concerning midlife changes with a male central character, a memoir, and a collection of short stories. She spends her time writing, blogging, painting nature, gardening, walking, and volunteering in social care.