You are here: Home / Thriller / Marked by Frank Musumici 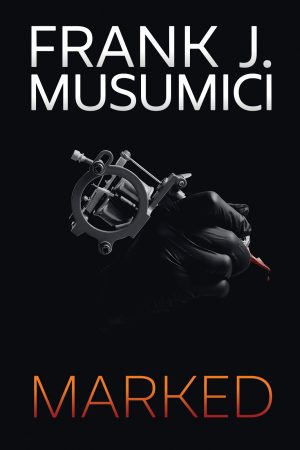 A page-turning debut in the tradition of David Baldacci & Lee Child. Marked is an all-out action thriller that will keep you up at night.

Take a journey with the unlikeliest of characters as they band together to search for a missing teenager. Learn how a Native American, a New Jersey mafia capo, and an FBI agent come together and try to find the missing teenager, who also has ties to the mafia capo and FBI agent.

The ensuing search will take you to the most questionable of places and characters that lead this story to a dramatic and brutal ending!

Targeted Age Group:: 18 and over

What Inspired You to Write Your Book?
I'm a lover of mystery and thriller books. The only issue I've had with this genre is the fact that authors always include two to three chapters of unnecessary information. At times I think it's to increase the amount of words in the overall story. So I decided that I was going to write a book that had no "fluff" chapters in it. Just an all out ride of words that would keep the reader up at night and late for work or school the next day.

How Did You Come up With Your Characters?
A mixture of personalities I know, knew, or have been around sometime or another. However, each character is unique and made with every ounce of my imagination.

“Get out of the way!” shouted Dean as he ran west on 54th street towards the
Hudson River, “Move!” he shouted something else to try and get the attention
of the pedestrians blindly walking between him and the armed scumbag he was
chasing. Only in New York, do you have people look at you with disdain even
as you are trying to warn them of impending danger. “Get down!” it was
fucking insane. Now Dean was getting the, this person must be mental, look
for his efforts. He knew if someone back on the Arizona reservation yelled for
him to get out of their way, his ass would have dove into a cactus faster than
an arrow hitting a buck, no questions asked.

“He has a gun!” ah, he should have remembered “gun” was a universal
danger word. Once it was out of his mouth, some pedestrians realized that the
running screaming maniac wasn’t crazy or bullshitting. They parted like the
Red Sea, instantly providing Dean with an opportunity to see Freddy running
up ahead with his gun. Dean quickly guessed that he was about half a block
from catching up with the prick. What made it even easier for him to close so
rapidly was Dean had already shot Freddy twice, once in the leg. He was about
twenty yards away and gaining fast when he saw Freddy suddenly stop just
pass a Starbucks. He saw him raise his gun hand and swing it around so that it
was level with Dean’s chest.

“Gun, everyone down!” shouted Dean as the first bullet whizzed by his ear.
He dove down to the ground just as another bullet sailed over his back. As he
fell to the ground, he got his gun from his shoulder holster and was about to
shoot back when he saw a young woman step out from the Starbucks.

“No!” yelled Dean. It was too late. Freddy had pulled the trigger at the
same time the young woman stepped out from Starbucks. She had turned and
stood in front of Freddy as he fired and took two bullets to the chest. The blows
catapulted her backward onto the sidewalk. Freddy without hesitation turned
away from the scene and ran further down 54th street.

Links to Purchase eBooks
Link To Buy Marked On Amazon
Link to Marked on Barnes and Noble
a href=”https://www.kobo.com/us/en/ebook/marked-118″>Link to Marked eBook for sale on Kobo

Author Bio:
I'm an avid reader of mysteries and thrillers and have been married for over twenty-eight years and has two children. I grew up in Hoboken, New Jersey, and currently reside in Hudson County. My work history has always revolved around social services, including managing a crisis center for women in Harlem and running an illegal needle exchange program in a state that had outlawed it (New Jersey). I'm currently writing a second novel.