You are here: Home / Archives for character-driven 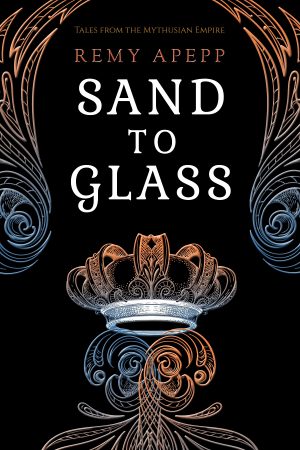 Somewhere at the edge of the Great Being’s dream lies a desert kingdom ruled by four young siblings. One burns with rage like fire. One battles monsters to make his siblings smile. One laughs with ruthless charm. One itches with desperation. All teeter on the edge of madness.

In Remy Apepp’s harrowingly beautiful Sand to Glass, the Kingdom of Ordyuk finds itself faced with destruction. Endlessly attacked by accursed beings, the kingdom relies ever more heavily on the four siblings. Under such a weight, their only choice is to grow into monsters themselves—

What Inspired You to Write Your Book?
My latest/first published book is titled “Sand to Glass”. It’s actually the second novel I wrote in this universe, and it started out as the backstory of one of the characters who appears in the first novel I wrote (which will be published as the second book because it needed significantly more editing).
Mostly I just had personalities and a family dynamic I wanted to explore, and this book was simply that. And also playing with matters of monsters and deities and all that fun dark fantasy stuff.