You are here: Home / Archives for dystopian fantasy 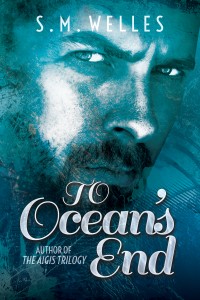 One end-of-the-world prediction almost came true: humanity nuking itself to pieces. The one thing nobody tried to predict: how Mother Nature would reassert control over the environment.

Captain Dyne Lavere is one of a small number of skippers who delivers cargo all over the world. It’s good money for those brave enough to fight off pirates, black market mercenaries, greedy skippers trying to monopolize the shipping industry, and, of course, the occasional assault from supernatural entities. The supernatural are no big deal since he, unfortunately, is one himself.

On one particular stop, Dyne acquires a fiery stowaway named Jessie who’s just looking for a way to get home, but they both soon learn that their meeting is no coincidence….

What Inspired You to Write Your Book?
The inspiration is rather lame. I dreamed up bits and pieces of the book when I was in undergrad, wrote those down, and didn’t write the actual book until about 7 years later, when I was leafing through notebooks and sticky notes for book ideas.