You are here: Home / Archives for gay

Daddy Alpha takes his step daughter and her best friend on a business trip to Miami. But, will the girls end up licking more than just ice cream on this vacation?

END_OF_DOCUMENT_TOKEN_TO_BE_REPLACED 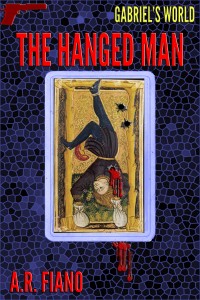 What would you sacrifice to do the right thing?

This is the elemental question Gabriel faces in the first novel. After seeing Gabriel confront a bigot in a controversial viral video, attorney Raymond Booth wants to hire him to probe a disturbing incident at Raymond’s charitable foundation. As Gabriel is otherwise publicly scorned and losing clients, he’s keen to take on Raymond’s case. But then Raymond disappears. Raymond’s sister Toni hires Gabriel to find the missing man. Gabriel turns up evidence of abduction–and then Raymond turns up dead.

Gabriel’s obsession with the case pulls him into the mystery Raymond wanted him to solve. He begins unraveling a sinister secret connected to the foundation-a cabal tracing back to the origins of Nazism. Gabriel endeavors to uncover the conspiracy of Raymond’s murder without losing his license, freedom, or life.

Gabriel also has new developments in his personal life. He meets Alex Shenoy Barclay, a hotshot reporter with the New York Herald Standard, who helps him with the investigation and they begin a passionate relationship. But complications arise when Gabriel’s former boyfriend Joel returns to help him–and to resurrect the powerful bond between them.

END_OF_DOCUMENT_TOKEN_TO_BE_REPLACED 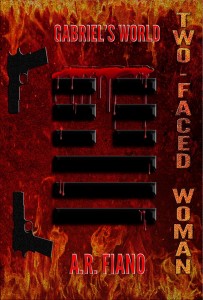 Who will catch you when you’re falling?

Gabriel is the one falling metaphorically and for real in this second novel with a theme of duality. As he takes on dangerous cases for two extraordinary women, he must find out who he can depend on, how he can save himself, and how he must help others. Two-Faced Woman is centered on duality: Gabriel and Joel’s new client is Sophie Faulkner, falsely accused of murder; she shares her body with another self, Edward. With Edward’s help, Gabriel and Joel begin to unravel what murder victim Leonard Mathers was trying to expose, and who was willing to kill to stop him.

Gabriel is also handling a difficult situation for Joel’s friend Geneva Lennon. Geneva is a transgender woman who has discovered that her birth certificate isn’t actually hers. Gabriel and Joel must find out who she really is, and in the process uncover the truth of a shocking crime involving Geneva’s birth. Meanwhile, Gabriel is suffering from the trauma of the previous summer’s events, and is desperate to reconnect with his spirituality. Gabriel is still involved with Alex–and clashing with him over Gabriel’s work. Gabriel’s reliance on Joel’s support is complicated by Joel forcing Gabriel to confront the feelings between them. Gabriel and Joel are targeted by two extremely dangerous men, risking their lives in a face off against a shocking level of brutality.