You are here: Home / Archives for Mike Jastrzebski 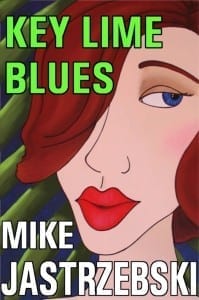 For some people working in the family business means suits, power lunches, and afternoon meetings. For Wes Darling it was guns, lies, and dead bodies.

The Darling Detective Agency was founded in 1876 by Aaron ‘Dusty’ Darling. Now Wes’s chain smoking, stressed out mother is grooming Wes to take over. How does he handle his mother’s demands? He heads to Key West, moves onto a sailboat, and takes a job tending bar at a little joint called Dirty Alvin’s.

Life is carefree until his mother’s lover, a man who mentored Wes for years, is murdered on a Key West Beach. Reluctantly, Wes is drawn into a spinning web of murder, sex and deceit.

First there are his mother’s pleas for help. Throw in a six-foot-tall red-headed stripper, a retired mobster who acts like it’s the 1940’s, a pair of dim-witted hit men, a phobic psychic named Elvis, a small fortune in stolen diamonds, and what do you have? Mayhem in Key West.

In September of 2003 Mike and his wife, Mary, moved aboard their 36-foot sailboat, Rough Draft. It was their intention to take the boat south from Minnesota to warmer climates where Mike would write a novel. They sailed the boat through the inland river system from Minnesota to Mobile, Alabama where they lived for two years. They also spent three months living in Key West. They are currently planning an extended boat trip to the Bahamas.

This exciting sequel to Key Lime Blues has it all !

A sexy relative who wants to teach Wes Darling the meaning of kissin’ cousins, a priceless centuries old manuscript, a three hundred pound redneck, and an ex-spy who thinks murder is a justifiable means of support are just a few of the things awaiting Wes when he sails into the Dog River in search of answers about the father he never knew.

Dog River Blues blends the mystique of the liveaboard boating lifestyle and the colorful characters and vagabonds who live, work, and sometimes commit murder on our nation’s waterways. This is one voyage to Mobile, Alabama you don’t want to miss.

In September of 2003 my wife, Mary, and I moved aboard our 36-foot sailboat, Rough Draft. We sailed the boat from Minnesota to Mobile, Alabama where we lived for two years docked at a small marina. We also spent three months at the mooring field in Key West and six years in Ft. Lauderdale, Florida. This year we spent a month in the Bahamas and we are currently living in the Cape Canaveral area. In December we are heading back to the Bahamas where we plan to drift until we feel the urge to move on.