You are here: Home / Archives for psychological thriller 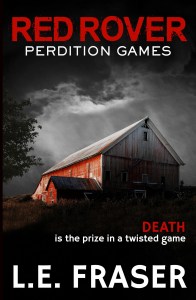 DEATH IS THE PRIZE IN A TWISTED GAME

An ex-football player is brutally murdered. A National Ballet dancer inexplicably commits suicide. The only link between the two deaths is Dr. Roger Peterson, a famous psychiatrist and bestselling author.

Toronto PI Samantha McNamara doesn’t want to believe her friend manipulated the dancer into committing suicide or that he was capable of the vicious murder. But Roger was sleeping with the victim’s wife—a patient—and her husband intended to go public with a complaint that would destroy the doctor’s life.

When Sam’s fiancé, ex-OPP Inspector Reece Hash, receives a shocking suicide letter from the ballerina, Roger’s unethical conduct unravels. But the psychiatrist could be a pawn in a sick game. As the pieces fall into place, a ruthless killer plunges Sam and Reece into a terrifying nightmare. Their only chance of survival is to outwit a cunning psychopath whose greatest pleasure is the game.

The rules are simple: trust no one and stay alive.

What Inspired You to Write Your Book?
While working in health care, I became increasingly concerned about the lack of funding for the early detection of mental health issues and the limited resources available for people to seek help. If you look at the key indicators of anti-social personality disorder, it’s frightening to realize the number of people who most likely suffer this disorder. Sure, most of them aren’t going to kill, but the potential risk to society is still high. It is common to read newspaper stories about people suffering psychotic breaks and committing unspeakable crimes. I wondered what life experiences could motivate the collapse of a person’s humanity. The idea for this novel took root. From there, the characters journeyed down a road and I trailed along behind them.