You are here: Home / Archives for walking dead 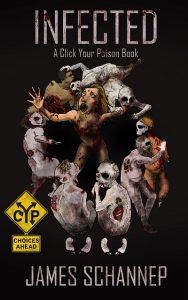 3 Unique Storylines. Over 50 Possible Endings. Just one question… Will YOU Survive the Zombie Apocalypse?

Everyone has their plan; what they’d do to survive if and when the zombies come. Now you can see how you’d hold up against the legions of undead–without needing to call the CDC because crazed bath salts users are trying to eat your face off.

Here’s how it works: You, Dear Reader, are the main character of this story. Live, die, and rise again based solely on the merit of your own choices. Each link represents a choice, and there’s no going back, so choose wisely.

Fans of The Walking Dead or George Romero’s Living Dead series can now live their own apocalyptic adventure. Like the gamebooks popular in the 1980s-90s (Choose Your Own Adventure, Give Yourself Goosebumps, etc), this is a series where you choose how to progress through the book. Unlike any others, this is the first series designed specifically for adults. And as an ebook, you simply click your choice and the story flows forward for you. No flipping pages.

END_OF_DOCUMENT_TOKEN_TO_BE_REPLACED 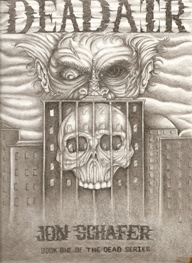