You are here: Home / Kindle Unlimited eBooks / Daughter of the Antediluvian World: An Atlantis Origin Story by Ali Smith 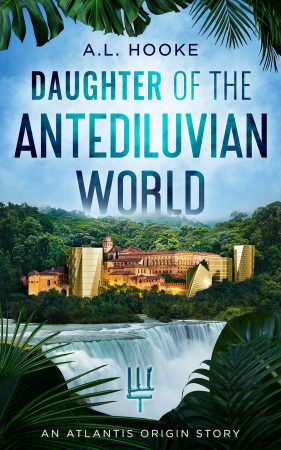 How Did You Come up With Your Characters?
As is true of many authors, some of my characters traits are drawn from people in my life. Of course, no one is a clone of a real person, but the similarities can be easy to draw for those who know me and my people well. That said, once I created my protagonist – Ryan Jones – I used her characteristics, motivations, and flaws to build the other characters in my world. Each character was developed to play their role perfectly, and to realistically interact with Ryan in the way that I needed them to for my story to be believable, and my characters likable.

Links to Purchase eBooks
Link To Buy Daughter of the Antediluvian World: An Atlantis Origin Story On Amazon

Author Bio:
A. L. Hooke spent years as a journalist and copywriter before lacing up her hiking boots and venturing into the dense jungle of fiction writing. She developed her first character in the third grade and spent much of her young (and not so young) life dreaming of ancient civilizations and lost treasures. An avid outdoor enthusiast with an unquenchable wanderlust, many of Hooke's own travels and bucket list locations are the inspiration for her stories.

Her debut science fiction action-adventure novel, Daughter of the Antediluvian World: An Atlantis Origin Story, seeks the source of one of her favorite myths: The Lost City of Atlantis. After dipping her toes into the wilds of fiction, Hooke is now working on her first series as well as her own copy and content consulting business alongside her very tolerant husband in Raleigh, North Carolina.