You are here: Home / Suspense / Shrouded Memory by Krista Wagner 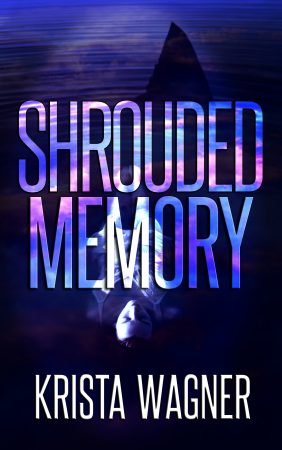 What You Don’t Remember Can Hurt You

When a shark attack triggers a Marine Biologist’s previous trauma with two men, she plots her own ambush against the predators, both fish and man.

Rian Field has it all. A thriving career as a marine biologist, a loving husband, and a loyal circle of friends. But after surviving a shark attack, she becomes strangely haunted by disturbing memories where two masked men held her hostage in her own home.

Before long, nightmares begin to plague her, her friends start acting suspiciously, and she’s convinced that there are fragments from the past that she can’t remember, important clues that could save her life.

Then someone breaks into her home. Again. Convinced that the shark attack is somehow connected to the masked men, she experiences a renewed sense of terror as the culprits appear to be among those she trusts. Because they are watching her every move. They aren’t finished with the past. They know about her fear of sharks. And they will use that fear against her until she’s dead.

Rian must overcome her fear of sharks and uncover the truth before the past buries her once and for all.

A psychological thriller that deals with the realities of trauma and PTSD.

What Inspired You to Write Your Book?
An actual experience/trauma and my love of Jaws

How Did You Come up With Your Characters?
The main character is based on myself. The other characters were inspired by God.

Book Sample
“When I lie down I say,
‘When shall I arise?’ But the night continues
And I am continually tossing until dawn” Job 7:4

Author Bio:
Krista Wagner has been creating stories since she was seven and is best known for her mystery and suspense novels. Back in the 90's, she was on her high school literary magazine staff, and she also co-authored a zine, a montage devoted to the creativity of multiple teenagers. Her short stories and poetry have appeared in several literary publications. She wrote her first novel at the age of 14, but it wasn't until her thirties that she published her first book. Krista reaches into those chasms of darkness, dealing with themes of betrayal and deception and hope, with intriguing characters and intense story lines. All her books are for young adult and up.

"Dealing with danger and handing out hope"
Krista Wagner, author of mysteries, thrills, and all that is real