You are here: Home / Archives for The Twilight Legacies 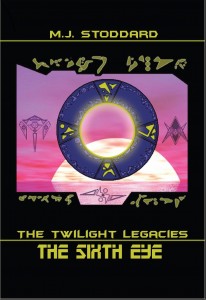 A mysterious mercenary known as Blain Ross is reactivated as an officer of the UTCN(United Terran Confederate Navy) after a tenuous reunion with his former C. O. Under orders of the Confederate Naval Command, he is informed of the rising threat of a very powerful race known as the Nurii. As events unfold, Blain becomes aware of his latent psychic abilities.
Branded a traitor by his CO; after failing to comply with orders to destroy a Nurii military convoy, Blain’s search for absolute truth continues when he finds his life at risk as several top-secret agencies attempt to hi-jack the intelligence that he has been entrusted with since before his exile to prison and the knowledge passed on to him by an agent of an organization that both media and the Colonies perceive as a threat to their way of life.
Blain’s endeavor to complete the perilous mission that has been bestowed upon him, results in a fatal race to find the Sixth Eye; an ancient artifact of great importance and filled with dark, legendary powers that could bring the Colonies into a full-scale galactic war beyond imagination. Humanity and all the other races in the galaxy would face a terrible fate of Armageddon and perish in an onslaught of horror by a powerful serpent.

What Inspired You to Write Your Book?
For as long as I could remember, I spent my days reading. I read a variety of genres, including the classics. It wasn’t until my sophomore year in high school that I knew what I wanted to be, I spent countless hours writing and on my down time, gaming among other things. Years later, I was in college and going through some trials in my life and I had a divine encounter that truly changed my life. In this period, I was inspired to use the very trials for my main character and from there “The Twilight Legacies: The Sixth Eye” became a full-fledged novel.