You are here: Home / Archives for violence 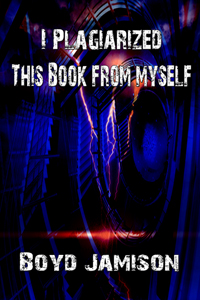 Will Nicholl has little in common with a private investigator working a missing person’s case and a young woman avoiding her abusive ex-boyfriend. That is until he finds a book – the book- that throws his whole world into chaos. The book is blank except for one page; a page that Will wrote and told no one about. As he delves deeper into the genesis of the book he finds he is spectacularly connected to both the young woman and the private investigator. But the deeper he digs the more dangerous life becomes.

What Inspired You to Write Your Book?
I have always enjoyed writing and creating stories but at the time of writing this novel I was studying for my Masters degree in Creative Writing. The techniques I learned in that course and the encouragement from my fellow students inspire me to write this novel and it became the fruit of my studies.

Who are your favorite authors?
George Orwell is a big favourite. I’m also quite partial to Philip K. Dick and Isaac Asimov. Stephen King, Neil Gaiman and George R.R. Martin are among the authors whose works I’ve enjoyed most.

END_OF_DOCUMENT_TOKEN_TO_BE_REPLACED

Goldipubes is a parody of the classic fairy tale “Goldilocks and the Three Bears”. This book is not meant to be read by humans or those of you who are offended by anything. The events described in this book were performed by trained professionals. Do not try this at home. Immature audiences only.

Rumpledforeskin is an adult parody of the popular fairy tale “Rumpelstiltskin.” This story is not meant to be read by humans or those of you who are offended by anything. Do not try this at home. The author takes absolutely no responsibility for the contents of this book. 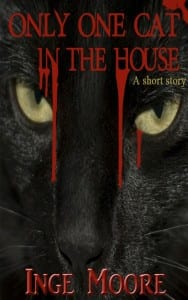 Elly was only fifteen when she met the love of her life, Ted. They married young. She has been his devoted wife ever since even though he treats her with cruelty and disdain. But things are changing and it’s not long before Ted does something he’ll regret. Elly reacts in the only way she can!

Only One Cat In The House was originally published in Quarry Magazine, A Quarterly Magazine of Contemporary Fiction.

Inge studied creative writing at the University of Alberta, working with such writers as Governor General’s Award Winner, Rudy Wiebe.