You are here: Home / Kindle Unlimited eBooks / The Outcast Presidents by Sultan Kamysbayev 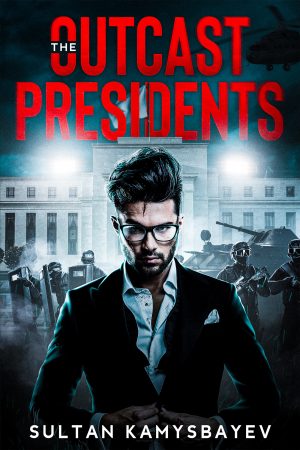 In Central Asian steppes and mountains lies the nation of Dalabistan, a country marred by tribal inequality, corruption, and economic stagnation. Alisher Karabars, a member of an unprivileged tribe, left Dalabistan to become a successful billionaire in California. His life is spent on partying, vapid one night stands, and abusing his employees. However, Alisher’s life is about to change. As his country’s dictatorship announces new oppressive measures, the playboy businessman expands his American business’s operations to his native country. But he never expected to later become the top employer of poor compatriots in a country in a troubling situation. And, unfortunately for Alisher, the country’s dictator sees Alisher as a threat to power. Alisher’s failure to stand up against the dictatorship will result in his and his compatriots’ lives being at grave danger.

What Inspired You to Write Your Book?
Growing up, I witnessed various political philosophies and events unfold around him while watching global news. As a result, I decided to channel my clashing observations about how the world is run into a form of a book.

How Did You Come up With Your Characters?
I came up with my characters by giving people I knew in my life some different qualities. For instance, one of the main characters was a mix of my close female friend and Jacinda Ardern, with a sprinkle of hypocrisy (which would be essential for future conflict/conflicts in the book).

Author Bio:
Sultan Kamysbayev was born in 2003 in Almaty, Kazakhstan. Growing up, he witnessed various political philosophies and events unfold around him while watching global news. Sultan decided to channel his clashing observations into a form of a book. Throughout his high school years, he has often participated in debate and soccer tournaments while exploring his interests and representing his school domestically and abroad. He is currently an international student in The Hague, the Netherlands. Sultan Kamysbayev is also very passionate about politics, debating, history, soccer, traveling, and aviation.