You are here: Home / Christian Fiction / WINGS OF THE WIND by Randall Ritter 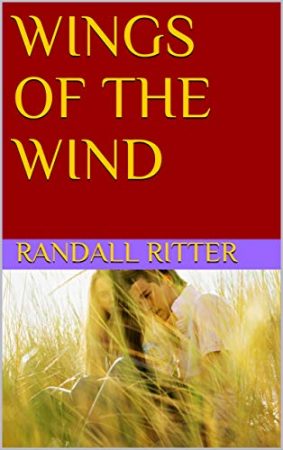 Murderous rage, bigotry and rape; topics not commonly discussed around the supper table of Pastor Sam and Martha Belle Jobe, with their brood of five, in the segregated, Deep South of Louisiana of the 1960’s. However, events centered around their middle child, 12-year-old, Rance, will cascade all those issues and then some, upon their family.

Over the course of 4 turbulent years, Rance will meet tragedy, treachery, trials and true-love, head-on, as he seeks to discover truths about himself, his family, the enemies they share, and the God they worship. Ultimately, the question becomes, will there be enough miracles, love and redemption for Rance to survive his rite of passage.

Targeted Age Group:: 14 and up

What Inspired You to Write Your Book?
The miracles I've witnessed in my own life, especially the merciful redemption provided by the sacrifice of Christ. His Grace is greater than all our sin, and then some.

How Did You Come up With Your Characters?
Having grown up amongst the denizens of Southwestern Louisiana during the era of the story, creating the characters for WINGS OF THE WIND was perhaps the easiest part of the process. Whether God-fearing, or Godless, I'm quite familiar with the ways, words, wisdom and wit of those folks, who collectively left an indelible mark on my own personality. For better or worse.

Author Bio:
I’m a late arrival to the literary gang, after several decades in the work-place; happily married to my college sweetheart, raising two beautiful kids, who’ve now made us grandparents, multiple times.

In truth, I’m now living a dream; one which began in my late teens, and hung with me through all the decades of living in our great Republic. In my thirties and forties I replaced other hobbies with creative writing; just for fun, though I did shop around a couple of manuscripts. Got the obligatory, “atta boy’s” but not quite what we need, rejections. (Don’t even get those anymore).
At that point, switched gears in careers and left the writing, tabled, for a dozen years.

Finally retired from the rat-race at sixty, and voila, WINGS OF THE WIND came to be. Actually, it’s the second manuscript since my retirement; still shopping the first around. Looking forward to living the rest of this dream. To God be the Glory!