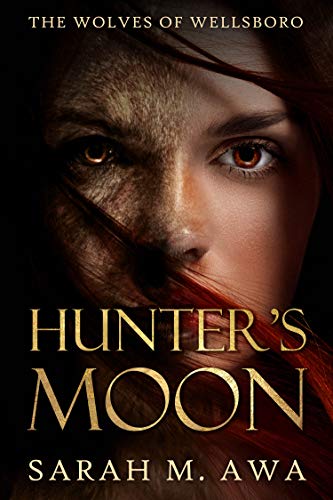 One bite on her hand, and Mel has a million problems slipping through her fingers.

After a wild animal attack, Melanie Caldwell ends up sick and disoriented. She and her friends think she just needs to go to the doctor. Then she’s kidnapped on the day of the next full moon, and discovers in the worst way that monsters are real . . . and that she has become one of them.

All Melanie wanted was to get a boyfriend and graduate college. Now she has to somehow deal with agonizing monthly transformations, a secret organization stalking her, friends and enemies trying to discover her secret, and hunters looming on the horizon.

What Inspired You to Write Your Book?
It started out as a Harry Potter fanfiction story with Remus Lupin as one of the main characters. Of course, I had to change a lot of it and take out Remus and Hogwarts—it now takes place at a college in Pennsylvania. I wanted to explore the idea of having a secret that you had to hide from everyone around you, for fear of being shunned and maybe even fear for your life. I've always been different, an outsider, bullied, and I've also got an incurable autoimmune disease, so I feel a sense of kinship to Remus. I wanted to write a story about having to live with an illness or curse, yet trying your best to overcome it or cure it.

How Did You Come up With Your Characters?
Each of my characters has a little bit of me in them, even the “bad guys”! I guess that a lot of authors would say the same. One of my characters is pretty closely modeled on someone I went to college with, and Melanie’s friends are similar to a couple of my good friends. Love interest Gavin looks like a guy I used to have a major crush on, haha. The main character, Melanie, is a bit like me, but more ambitious. I would never attempt a double major! I didn’t study nearly as hard as she does, and she’s not addicted to video games.

Book Sample
It was Saturday, thank goodness; but instead of calm and relaxed, Melanie felt the tug of unaccomplished work. Due to her restlessness during the past few days, she’d failed to finish editing the Sentinel articles. Groaning, she made her way to the deserted Sentinel office.

She tried to sit still and concentrate on her work, but within minutes her newfound ADHD resurfaced. Her limbs tingled, her mind raced, and her frustration grew. The sunlight streaming through the windows was awfully bright. The clock’s ticking punctuated the silence like shots from a BB gun. The room reeked of lemon cleaner.

It took Melanie three hours to edit a dozen short articles. By the time she finished wrestling with them and herself, she’d developed a raging headache, and she longed for a nap.

She left the office and headed back down the empty hallway toward the exit. As she reached for the push bar, her ears caught the sound of soft footsteps behind her. She stiffened. I thought I was alone. Is it Dawn?

Before she could turn to look, an arm wrapped around her waist like an iron band, clamping her arms to her sides.

Lightning shot down Mel’s spine. What the—? She balked and kicked, her fight instinct tempered by disbelief. Was this some kind of joke?

“Let me go!” she screamed. It wasn’t Dawn, for sure. Had to be a guy. Too tall and strong to be Timmy. Luis would never do such a thing to her—this was no hug.

The arm pulled her closer against a hard body. Warm breath rushed over her neck. Damp, pungent cloth pressed over her nose and mouth.

“Mmmph!” Mel protested. The hand held the cloth firmly in place. Its astringent smell made her nauseous. Her lungs fought to suck in air.

She thrashed and wriggled, kicking backward at her assailant’s shins. He jerked when she landed a blow, but lifted that leg and clamped it around both of hers. With his body coiled around her like a caduceus snake, she could barely move.

Who are you!? she wanted to yell. What the hell—!

But the world began to spin and turn black. She realized, as her consciousness faded, that the cloth had been soaked in a soporific drug.

Her body went limp in his arms.

Author Bio:
Sarah M. Awa grew up in Northeast Ohio. She "published" her first books at the age of eight and hasn't stopped writing since then. After earning a BA in English from Toccoa Falls College, she became a freelance proofreader and editor. She also served as creative director for The Ghostwriting Agency for six years. In 2019, she co-founded Thinklings Books, LLC.