You are here: Home / Archives for paranormal

An Idaho farmer who aches for absolution after a tragedy is given one more chance at redemption. Two runaways cross paths in a Tennessee bus station with only one ticket between them. A family sees looters racing toward their home as they escape an Oregon wildfire. A young couple takes a reckless turn off a state highway in Utah and find themselves in a nightmarish government biohazard area.

These and 46 more shorts make up an anthology that will surprise readers with each new thought-provoking story as they skip effortlessly across different genres, moods, and states of mind. Together, they provide a character-driven sampling of the American experience over the last 60 years — the kind and the cruel, the heroic and criminal — in unpredictable and exciting ways.

50 States is a debut collection of short stories that captures the human condition and reveals how perception shapes destiny. The book spans several literary genres with each short story set in a different state across America. It is soon to be released as an audiobook, narrated by a 5-time Emmy winner.

END_OF_DOCUMENT_TOKEN_TO_BE_REPLACED

The Man of Her Dreams by Dee S Knight

Cassandra Hudson has traveled across country to a small town in South Carolina to find a tall man with deep, blue eyes that she’s only met in her dreams. She “sees” that he’s in danger and wants to stop him from a possible death. But more than that, she’s desperate to solve a mystery that involves her husband who has been dead for over two years. Too bad for her, her dream man wants to solve the mysteries of her body more than help her find a solution to her problem.

When Dan Morgan stops to help a beautiful woman on the side of the road outside his hometown, he doesn’t realize that she will drag him into the world of the paranormal in an effort to find out what happened to her husband and the half million dollars he was accused of stealing. What he does realize is the strong attraction he feels for her, despite his distrust of anything mystical, and the undeniable power she holds over him using her sexy body as a lure.

Love—if they can capture it—will make it both easier and harder for them to find the answers they need.

END_OF_DOCUMENT_TOKEN_TO_BE_REPLACED

The Creators by Rick Moskovitz

A teenaged Natasha Takana seeks to decode the remainder of the hidden DNA code that became the basis for a new religion reviving Creationism in A Stand-in for Dying. Her quest takes her on a voyage to a parallel dimension to learn the fate of the Creators’ civilization. In the course of successive visits to their watery world, she finds herself transformed, a bridge between our world and theirs.

The conflict between Ganymede and Mandala, the warring factions of Brink of Life is rekindled, sweeping Natasha into the middle of it in a pursuit that crosses the boundaries of worlds and time.

END_OF_DOCUMENT_TOKEN_TO_BE_REPLACED

We Don’t Die by Cedrick Wilson

A cocky police detective, Dallas Scott and his best friend and partner, Ray Davis chase after a notorious hit-man, McNeil, and a bad decision by Scott lead to Davis’ death.Scott is haunted by his choice and it leads him to become a bad cop and a horrible husband.Now partnered with a new young detective, John Crawford, they finally get a lead on the killer only to come up short.Days later, they find McNeil dead on the street and this still leaves Scott unhappy because he didn’t kill the man responsible for his partner’s death himself. McNeil’s wife asks Scott for help but he refuses and this is a huge mistake which leads to her and her child’s death. This incident brings McNeil’s ghost to come back and haunt Scott and causes him to have a car accident.Now in the afterlife, the chase is on again with Scott having to go after McNeil for bringing chaos to the people who murdered him and his family.The Stakes are higher than ever in purgatory with Scott having to stop McNeil and having to prevent his soul from getting in the hands of the devil due to his own sins.

END_OF_DOCUMENT_TOKEN_TO_BE_REPLACED

If being bullied through every school Billy went to wasn’t enough, being attacked in her own home just pushed her over the edge.
Now severely depressed and suicidal, Billy takes matters into her own hands and sees a counsellor.
After just one session, she’s now on her way to Scotland as a volunteer to help the Professor of Edinburgh university, dig and clean up an archaeological site that has just been discovered.

Although she tries to shy away from the others, not wanting them to find a reason to dislike her, she’s soon accepted as one of them. Without realising it’s happening, she becomes closer to Shane, a motocross enthusiast who has taken her under his wing.

However, whilst working at the site, Billy comes across an unusual stone. She takes it to the Professor to be looked at, but he dismisses it as a pendant probably dropped by a hiker and so threads the stone with a black leather cord and gives it back to Billy.
Only the peace they once had, the friendships they had all formed, gets tested as bodies start to pile up.

END_OF_DOCUMENT_TOKEN_TO_BE_REPLACED

When Hunters strike at the wrong prey, Damian Steele will stop at nothing to claim the ultimate prize… his fated mate.

On the backroads of Italy, a fatal accident takes the lives of three of the four people in the car. The only survivor is an unconscious Kinzie Edwards, who is mistakenly identified as her twin sister. In a targeted act of violence, Kinzie loses her sister, Kayla, and her humanity.

Damian is the brooding Alpha of the Sonoma Pack and the head of the Luna de Lobo Vineyard on the California coast. When Hunters strike at his people, Damian rushes to Italy to care for the mate to his omega. Except it isn’t Kayla he brings home.

While Kinzie hovers between life and death, a powerful change within her DNA occurs and she wakes as a wolf. Kinzie knows nothing about wolf-shifters or fated mates, unlike her sister who had been a wolf-shifter.

Thirsting for answers and revenge, Kinzie leaves the safety of Damian’s embrace to confront those who murdered her sister. Can Damian reach her before the Hunters claim her as another trophy?

END_OF_DOCUMENT_TOKEN_TO_BE_REPLACED 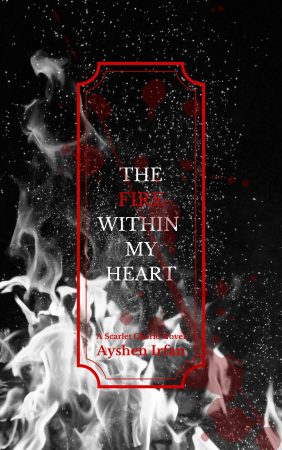 END_OF_DOCUMENT_TOKEN_TO_BE_REPLACED

Two Hearts in a Grave by Pamela Harju

There is a lot of sadness in Jeff.

Jeff and Hazel are in love. Life should be so simple, but an incident in Jeff’s past haunts him to the point that he becomes a recluse. As his band prepares to release its first album after the tragedy, Hazel watches as Jeff’s passions turn into obsessions. When Jeff’s sorrow gets the best of him and alienates Hazel from her friends, the couple has to finally face the truth of what happened three years earlier…

TWO HEARTS IN A GRAVE is an evocative read for those who like their love stories with a twist.