You are here: Home / Archives for anthology Nine stories. Nine pasts to overcome. Nine futures hang in the balance. Christmas is supposed to be the happiest time of the year, but what happens when the past threatens to destroy the peace and joy of the season? When the men and women in these stories face overwhelming challenges in their lives, can hope be restored this Christmas?

END_OF_DOCUMENT_TOKEN_TO_BE_REPLACED 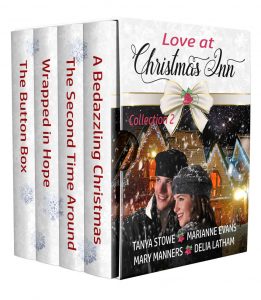 Nestled into five beautiful acres just outside Hope Creek, Tennessee, Christmas Inn is an unforgettable place known for its joyful atmosphere and festive setting. Holiday decorations adorn each room. Trees glittering with ribbons and ornaments, gorgeous wreaths, velvet stockings and pine-scented candles brighten visitors’ stay at this vacation spot dedicated to Christmas all year, every year. The resort offers all the usual enticements plus one unique amenity…love. The little white chapel behind the inn, built by the Christmas family in the 1890s, boasts bell tower bells that toll when couples fall in love.

Every year people come to the inn looking for their Christmas spirit. Sometimes they find love too. Will the bells ring again this year?

END_OF_DOCUMENT_TOKEN_TO_BE_REPLACED 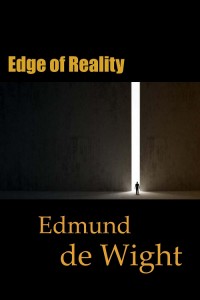 Prepare yourself for a trip to the Edge.

Thirty-four tales of the bizarre, horrific and weird await you. Edge of Reality presents short stories to fill your night with chills and your mind with visions of things not of this Earth.

– A man battles the spirit world for the life of his wife.
– A religious artifact, more potent than the Holy Grail is the focus of a life’s quest.
– Witch doctor threatens the lives of the young.
– A warrior woman in a steampunk world battles ferocious creatures.
– A man attempts to raise a zombie army to rule the world.

These tales and many more transport you beyond the Edge of Reality. Only have a few minutes? Trying to pass the time on the train or wind down for bed? These short stories are the perfect size to stimulate your imagination in the tiny gaps left in our busy lives.

This book is a collection that combines several e-books by Edmund de Wight into one easily managed volume.

This volume contains the full contents of the e-books:
Death Songs
10 Days to Samhain
The Next World
Seat of Destiny

What Inspired You to Write Your Book?
I love a good story but never have time to read a full length novel. I wanted to create tales that are tailor made for those bite size chunks of time that we manage to find while riding the train, waiting for the doctor or just taking a short break from life.