You are here: Home / Archives for LOST HELIX 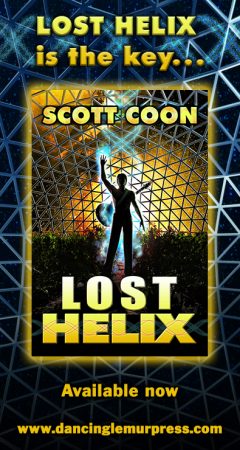 Stuck on an asteroid mining facility, DJ dreams of writing music. His dad is a corporate hacker and his best friend Paul prepares to escape to become a settler in a planet-wide land rush, but neither interests DJ.

When his dad goes missing, DJ finds a file containing evidence of a secret war of industrial sabotage, a file encrypted by his dad using DJ’s song Lost Helix. Caught in a crossfire of lies, DJ must find his father and the mother he never knew.

When the mining company sends Agent Coreman after DJ and his guitar, DJ and Paul escape the facility and make a run for civilization. Will DJ discover the truth before Coreman catches him?