You are here: Home / Archives for space adventure 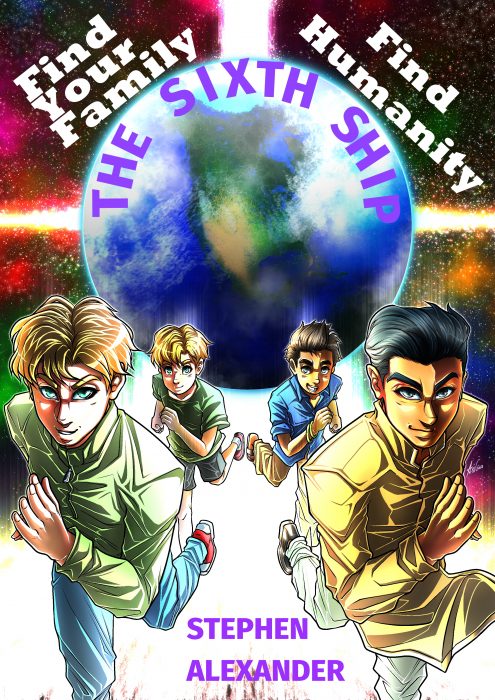 The Sixth Ship by Stephen Alexander

A passing black hole forces humanity to send the largest ships ever conceived, the Great Journeys, deep into the abyss of space to find new worlds to live on. Families such as the Grovers of Ventura city are divided between those that stayed behind and those that braved the journey to the worlds found by our real-life telescopes. The brothers of the divided Grover family made a pledge- to one day reunite the family if they survived after 2166.

Now it is 2505 and humanity has joined the powerful alien Horto Confederation. Carl Grover learns of his family’s pledge and of the Sol Sphere’s first FTL capable ship. Led by the Horto’s best engineer Antathon and joined by a reprobate cyborg with an attitude, they go forth to find human colonies on the trail of ‘bread crumbs’ left behind by their ancestors and the ships themselves. Can they find all of humanity’s Great Journeys on the red-dwarf orbiting worlds that became our last hope? Or will others find them first? Grab this new page-turning space adventure and turn those pages today!

END_OF_DOCUMENT_TOKEN_TO_BE_REPLACED 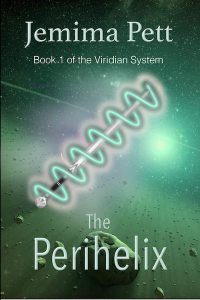 The Perihelix by Jemima Pett

Big Pete and the Swede. Two miners, made rich by their excavation of the asteroid belt. Maggie, Dolores and Aramintha. Three women, making a living in the Viridian System any way they can, and mostly with miners. It’s a long way from anywhere, and especially from the domineering Imperium and their foes, the Federation.

Our miners have secret destinies, secret from each other, and even themselves. So who’s leaving the strange messages that lead the five of them to a planet with an oracle?

Kidnap, archaeology, imperial politics, and a chase from the centre of the galaxy to its very extremes… and five pieces of a legendary weapon scattered around the galaxy.