You are here: Home / Archives for sports romance 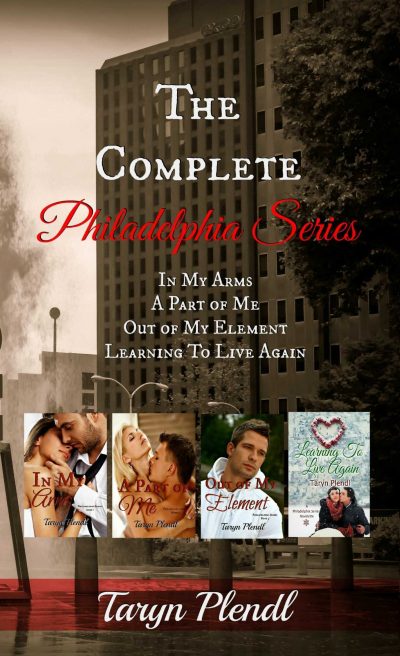 Amazon Bestselling Series!
This complete collection of The Philadelphia Series includes:In My Arms, A Part of Me, Out of My Element & Learning to Live Again.

Come fall in love the characters of The Philadelphia Series as they navigate through real-life struggles and triumphs with friendships and love.
With a lot of humor, drama, sexual frustration, dancing and plenty of alcohol, this complete series will touch your heart and make you laugh as you see where the story takes these remarkable people.

END_OF_DOCUMENT_TOKEN_TO_BE_REPLACED

Third Man In by G.K. Brady

Pro hockey player T.J. Shanstrom is no stranger to controversy. Labeled a goon by his many critics, he’s the guy every team hates to play against but every team wants on their side—the goal scorer with an edge as deadly as a newly sharpened skate blade. T.J. plays the only way he can, laying everything on the line, game in, game out. But when it’s time to step away from the rink, T.J. leaves his fire on the ice. Relationships? He tried that once. Friends with benefits is as close as he’s planning to get to a woman again.

Until he meets Natalie Foster.

Smart and independent, no-nonsense Natalie’s rebuilding her life her way after her high-powered career and her engagement go off the rails. Besides trying out new lines of work, she’s also dipping her toe in the dating pool with pro hockey player Kevin May. The relationship is new, it’s fun, but it’s barely off the ground when Kevin’s career comes to a bone-crushing halt thanks to a T.J. Shanstrom cheapshot.

Caught between the realm of possibility and obligation, Natalie puts her life on hold to prove her loyalty to Kevin—with unforeseen consequences.

When Natalie and T.J.’s paths accidentally cross, sparks fly. Natalie has no idea who this handsome hunk is, but when T.J. discovers who she is, he’s determined to become her knight in shining armor while safeguarding his identity—and his heart.

Little does T.J. know that when he begins his karma payback, his closely guarded heart becomes part of the payment plan. And when he falls hard for Natalie, he’s left with two irreconcilable choices: Continue deceiving her or confess his true identity. Either path guarantees he’ll lose the only woman he wants.

END_OF_DOCUMENT_TOKEN_TO_BE_REPLACED

The Captain and the Cheerleader by Elaine Cantrell

Susan English can’t stand Robin Lanford! She’s so full of herself she irritates everyone on the faculty of Fairfield High. When Robin bets Susan fifty dollars that she can’t get a date with Kurt Deveraux, the head football coach, Susan jumps at the chance to put the little heifer in her place. She had no idea that teaching Robin a lesson would irrevocably change her life, strain treasured friendships, and throw two families into chaos.