You are here: Home / Archives for Comic-Con 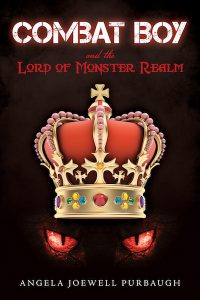 Combat Boy and the Lord of Monster Realm by Angela Purbaugh

On the other side of an interdimensional portal lies the game world of Monster Realm, a place where monsters battle humans, where souls are held captive, and where Tom Hock, also known as, Combat Boy narrowly escaped. Now, he’s home and feeling safe—big mistake.

Tom’s brother, Joey wants to play. He paralyzes Tom with a poison dart and reassembles the fabled monster token to start the game which spreads across San Diego. Now, Joey is the boss. He makes the rules and designs the monsters, but what kind of game will a scatterbrained teen create?

Tom charges through the game’s wacky, twisted, and hazardous levels, alongside a band of misfit gamers and vows to sacrifice his soul to save San Diego. But is that enough to beat the game, and stop Joey from unleashing his master plan of ruling as Lord of Monster Realm forever?

END_OF_DOCUMENT_TOKEN_TO_BE_REPLACED 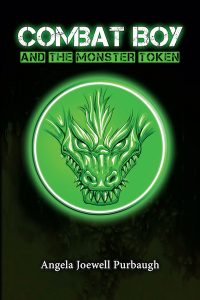 Combat Boy and the Monster Token by Angela Purbaugh

Deep beneath the teeming mass of fans, cosplayers, and gamers visiting San Diego’s Comic Book Convention, a game is underway. The winner is crowned the Multidimensional Game Master, but what kind of game asks players to sign a contract in blood?

Twelve-year-old Tom Hock, professional gamer, is thrilled to get an invitation to play Monster Realm, alongside his brother Joey and a mysterious pro gamer named Dark Pixy. Tom doesn’t take the contract’s blood-stained signatures and strange wording seriously. He should have. The game is a trap, cutting the players’ souls off from their bodies. Only those who win break free.

Battling hordes of monsters, Tom heads toward a confrontation with Tarbarous, the game’s final boss, but the players aren’t alone as they try to escape. Something within the game wants out. If it makes its escape, San Diego won’t host next year’s convention, because San Diego won’t exist.