You are here: Home / Archives for midlife romance 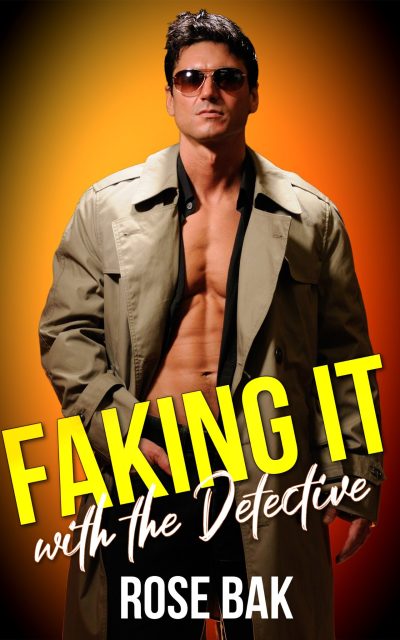 Faking It with the Detective by Rose Bak

She’s always wanted an adventure, and she’s going to get it, even if she has to pretend to be someone else!

All her life, Michelle has longed for the kind of adventures that she reads about in books. Instead, the forty-year-old cashier has a boring life, a boring job, a boring apartment, and a cat who hates her. Nothing exciting ever happens to her. Until she meets Derrick…

The handsome detective thinks that she’s his FBI contact. When he crashes into the café where she works, demanding that she go with him to find their target, she figures she might as well go for it. Sure, she doesn’t know how to investigate a case. She’s never handled a gun or thrown a punch. And the only time she runs is, well, never. But she was in drama club in high school, so surely she can fake it?

There’s something strange about Michelle. Derrick can’t put his finger on it, but she’s not like any cop he’s ever worked with. She’s sassy and sweet and she flinches every time she sees his gun. But there’s something about her that makes him dream about finally settling down. If they can just figure out where this mob boss is hiding…

She was assigned to help him, but Michelle is the distraction he doesn’t need. If they manage to get out of this alive, he just might need to hold her close — forever.

Sometimes a girl has just gotta fake it. You know what I mean!