You are here: Home / Archives for Tara Eldana 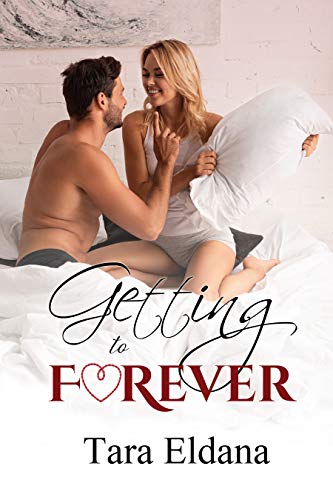 Getting to Forever by Tara Eldana

He was protecting those he loved….She wanted him to notice her and when he did, she knew she could never let him go.

“I love the way this amazing author brings the characters to life before your eyes and makes you feel their emotions ….”~ 5 stars, Amazon Reviewer

Amanda (Mandy) Gilchrist was just baffled by her colleague. One minute he was her rock and the next he couldn’t get away from her fast enough…only to land himself in jail. Her bosses now hate him and wouldn’t help him cross the street let alone post bail so it was up to her — except someone got to him first. What the heck was going on?
By now he must realize he needs her help… And it’s going to cost him because this time she’s not going to turn a blind eye. Mandy’s going to make sure David sees her skills as a PI and as a woman too — one he’s got ‘tied up inside and out’.
Because he may not know it yet but they’re both looking for exactly the same thing.

David aka Hack Varetti is in deep shit. A little finagling with the FBI and maybe he’ll get his life back on track but there’s no guarantees. Making the wrong associations only landed him in the clink, but now he’s got a second chance — to fix his life. And to take care of her.
Because Mandy doesn’t know it yet, but she needs something only he can give her, and he can’t wait to show her how a Dom brings his Sub to fulfillment because it’s something she’ll never forget.
Even though the last thing he wanted to do was involve her in his mess, afraid she’d get hurt. He knew, if he wanted her to trust him again, he was going to have to work for it.
Everyone’s got to learn the ropes sometime…

The steamy standalone novels in Tara Eldana’s KinkLink series are best read in order:
TAKING THE LEAD | MAKING A SWITCH | GETTING TO FOREVER | REACHING FOR FOREVER