You are here: Home / Archives for teen romance

Palace of Sunderland. Paradise to the peasants. Prison to sixteen-year-old Anna, daughter of the king. She can never escape the castle’s cold walls and scorning disapproval of her father and his brute royal counsel, Seamus. She’ll always live in the shadow of her late mother the queen. Will they ever see her for who she really is?
A riding accident lands Anna in the hands of traders who sell her as a slave in distant Kasdod to none-other than her father’s enemy, Lord Anwar. After overhearing a dangerous plot to conquer Sunderland and kill the royal family, Anna must escape and warn her father, even if it means facing her greatest enemy.
With the doom looming over her, Anna is approached by a dangerous-looking man in the dark. He claims to want to help her, but can she trust him with her secrets? The perils of the journey ahead will push Anna to the limit and answer the one question that has always plagued her. Will she ever be enough?

END_OF_DOCUMENT_TOKEN_TO_BE_REPLACED 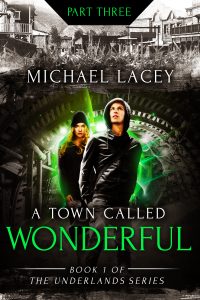 Part 3 finds our searchers in the most harrowing part of their adventure so far. Having just found out who Sheriff really is, the young couple is shaken. However, they are becoming closer than ever as they have to face each setback together. Everything is being threatened in this installment, but the possibilities of Thomas’s Luminant abilities give them hope, hope that escape is actually an option.

The pace picks up again as Thomas and Emily get separated by the most devastating event yet. Will they find each other again? Can they still escape now? Thomas must be the man he knows he can be, get a grasp on his powers, and let something bigger guide him.

Buy A Town Called Wonderful, Part 3 of 4: from Book 1 of The Underlands Series Here 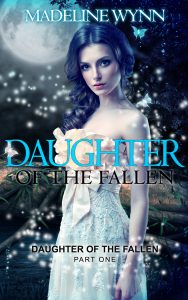 About Daughter of the Fallen by Madeline Wynn

Don’t go into the graveyard. Don’t play with ouija boards. And never, ever scream.

Most sixteen-year olds aren’t worried about the fate of their immortal souls. May Krieg should be.Typically, honors student May’s biggest problems have revolved around her super-hot arch-rival, Jack. But when a school project takes them ghost-hunting in a local cemetery, she discovers that an ominous force roams in the darkness around her. And it follows her home. It claws its way into her life, burning messages into her wall and imprinting them onto her body. Even worse, she can’t tell if it’s trying to possess her… or protect her. May’s thoughts soon become actions, causing the target of her anger severe physical pain and giving her a rush the likes of which she has never experienced. She quickly realizes that she needs to find a way to reign in this power before she kills someone. May hates the pleasure it gives her, hates herself for hurting others, but she can’t stop. As her entire world shatters around her, she is forced to ask what her soul is worth — and who would she risk losing her soul to save?

This YA book is available in these Formats: eBook, Print 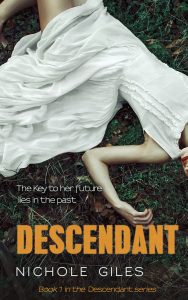 Blessed—or cursed—with Sight and Healing, Abby lives an unsettled life, moving from place to place and staying one step ahead of the darkness that hunts her. When she arrives in Jackson, Wyoming, she is desperate to maintain the illusion of normalcy, but she is plagued with visions of past lives mixed with frightening glimpses of her future. Then she meets Kye, a mysterious boy who seems so achingly familiar that Abby is drawn to him like he’s a missing piece of her own soul.

Before Abby can discover the reason for her feelings toward Kye, the darkness catches up to her and she is forced to flee again. But this time she’s not just running. She is fighting back with Kye at her side, and it’s not just Abby’s life at stake.

END_OF_DOCUMENT_TOKEN_TO_BE_REPLACED 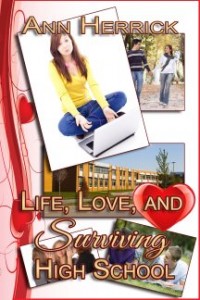 Becca’s in high school, but she hasn’t been on the same page as her best friends since just before the start of middle school and she doesn’t know exactly how things got so different. Not different in some edgy, gritty, she’s-a-rebel way. More of a Yes-she’s-a-dork way. Which makes it all the more amazing that while other friendships have crashed and burned all around them the four of girls have managed to stay Best Friends Forever. She doesn’t need to share in her friends’ spotlight. Becca’s happy to follow along in the shadows, as long as she’s not totally cast aside.

She’s definitely not ready for guys. In fact, she just wants to skip right over high school and jump straight to twenty-two. By then she figures she will have gotten through her first date, first kiss, passed her driver’s test, taken the SATs, filled out all those college applications, somehow survived living in a dorm and gotten her college degree without all the anxiety and drama.

Instead, just after silently deciding to not even think about guys and concentrate on school work for the next four years, she is instantly mesmerized by Brent, a seriously great-looking senior who also happens to have a long-time girlfriend, Claire. Not one to be the “other woman,” Becca imagines creative ways for Claire to be out of Brent’s life.

Meanwhile, Becca forms a strictly friends-only relationship with Colt. Becca and Colt turn out be good partners when it comes to studying, taking pictures for the school newspaper and working on a term paper together. But when one day Claire makes an offer about Brent that Becca can’t resist, that changes everything.

What Inspired You to Write Your Book?
The struggles that so many kids have (and adults did have) in navigating the journey through high school.

END_OF_DOCUMENT_TOKEN_TO_BE_REPLACED

Fourteen year-old Aubree is an award-aholic, winning everything from a coveted spot on the cheerleading squad to the most prestigious academic award. So what if she’s practically allergic to sharing the spotlight, and is too busy to make close friends? It’s all in the name of winning!

But everything changes when Aubree moves to Chicago and starts classes at a super-competitive school. Suddenly, she faces contests she can’t win, and has to deal with mean girls and a brutal piano teacher. She also must compete against her crush, Noah, in a high-pressure piano audition.

Aubree finds a place to shine on the struggling dance squad. As preparations for the dance competition and piano auditions heat up, Aubree faces perplexing dilemmas. Will her ruthlessness sabotage her newfound relationships? Can she put aside her ego to save everything she has worked for?